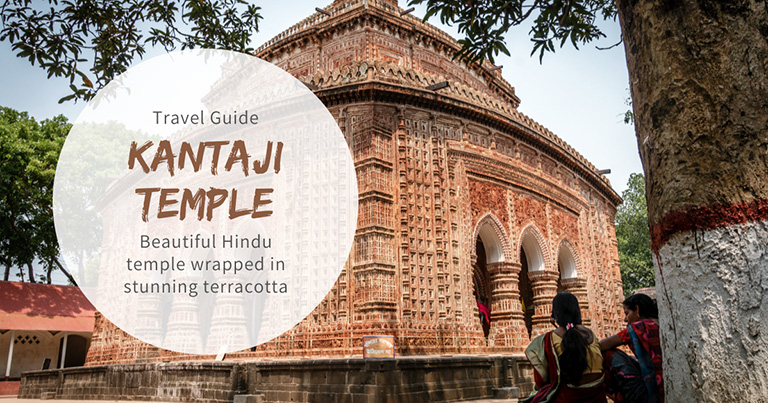 Kantaji Temple is a late-medieval Hindu temple located in the northwestern part of Bangladesh. It is one of the most magnificent religious edifices belonging to the 18th century. A small derelict single-spired temple, now overgrown with rank vegetation, stands about one hundred yards north of the main temple beyond the pilgrim shed, which is believed to have been erected by Maharaja Prannath in 1704 where he initially installed the Krisna icon, brought from Brindaban. The icon was later transferred to the ‘nava ratna’ temple when completed. It is now an abandoned temple.

Every available inch of its wall surface, from the base to the crest of its three stories, both inside and out, is decorated with an amazing profusion of figured and floral terracotta art in unbroken succession.