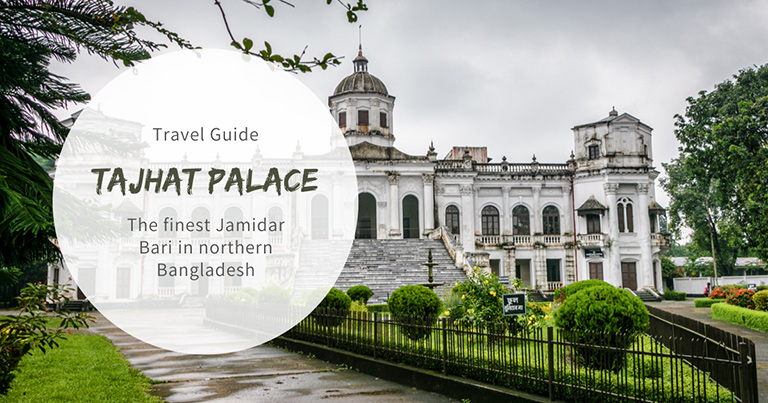 The founder of Tajhat Palace

Tajhat palace was built by a Hindu merchant named Kumar Gopal Lal Roy (1887-1955), a jeweler by profession who managed to make his fortune in Rangpur. He was an immigrant from the Panjab. The mysterious name of the place ‘Tajhat’ perhaps came from his profession. ‘Taj’ means ‘crown’, and ‘hat’ means ‘local market’. He became the zamindar of Tajhat estate as a minor after the death of his father.

Gopal Roy introduced ‘Bau Mela’ (fair to wives) for women along with kite flying festival for Children in the Tajhat palace every year on the first two days of ‘Pahela Baishakh’ (Bengali New Year). The last day of Baishakh and the first month of Bangla calendar was also celebrated there with grandeur and funfair. 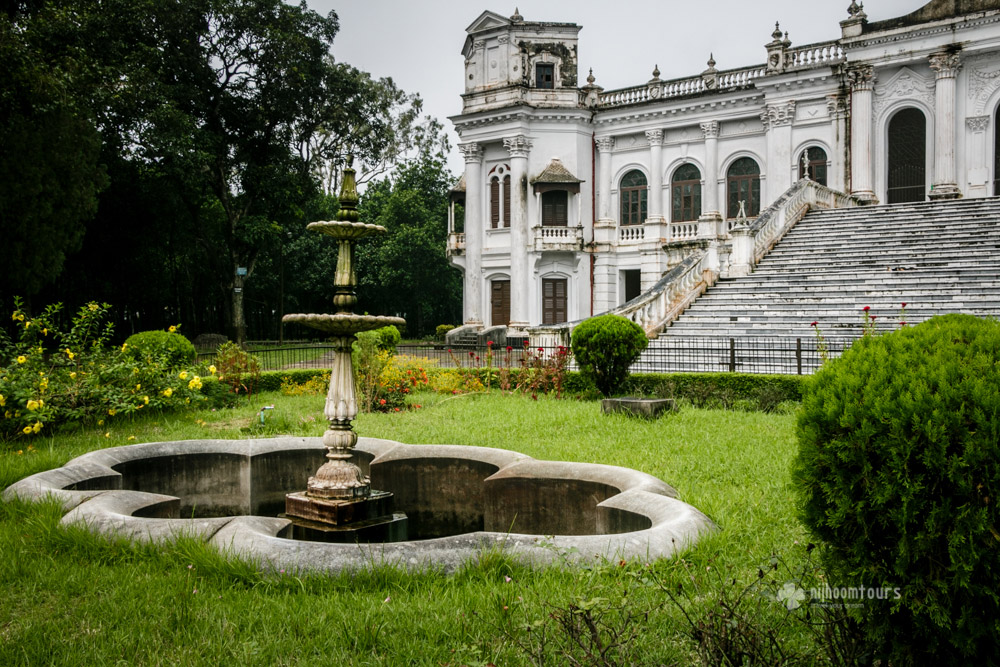 The making of Tajhat Palace

Although Gopal Roy was a zamindar, he had very good relations with his tenants. For the huge request from his tenants, he started making a Royal palace at the beginning of the 20th century. He appointed 2,000 workers to complete the work of his royal palace. He invested 1.5 million dollars at that time to make the palace.

Tajhat Palace is ‘U’ shaped in design. It looks gorgeous for its elements like white stones, marble stones, limestones, and red bricks.

The palace has a big blank space about 76 meters in front and features an imposing central staircase made of imported white marble. The balustrade originally featured marble sculptures of classical Roman figures, but these have long since disappeared. 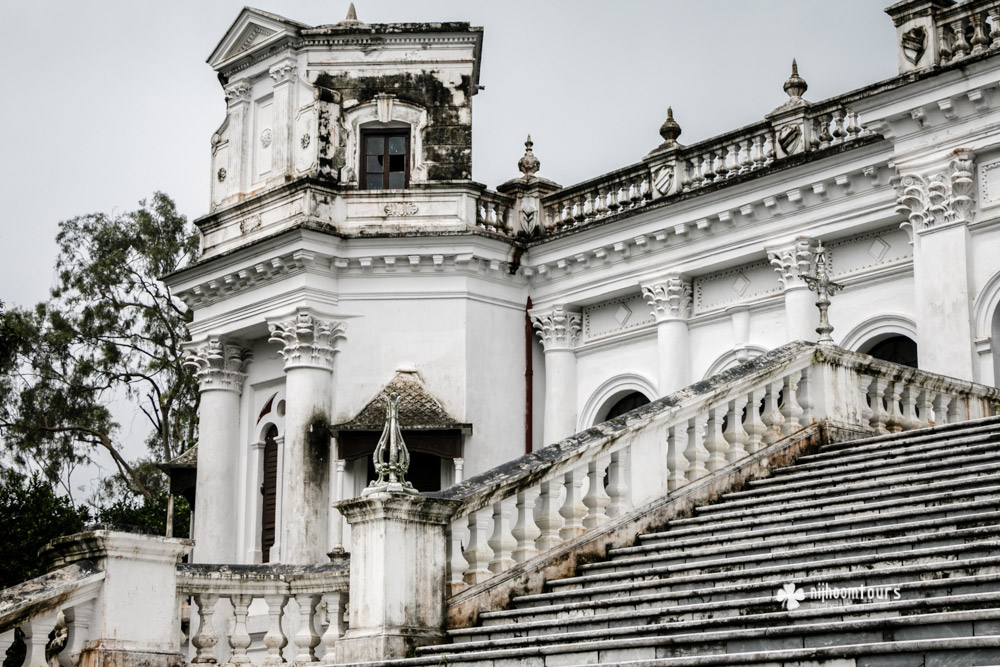 The three-part of the palace is west faced. It is also crowned by a ribbed conical dome in its roof similar to Ahsan Manzil. The four-storied palace contains a lot of royal rooms, guest rooms, and bathrooms.

The whole palace surrounds with natural beauty, fantastic beseem, and flower gardens. It also has Kamini (Murraya Paniculata), Mehagani, Mango, and Jack-fruit trees in the north-south side of the palace. Local villagers believe, there is a treasure hidden in the walls of Tajhat Palace. 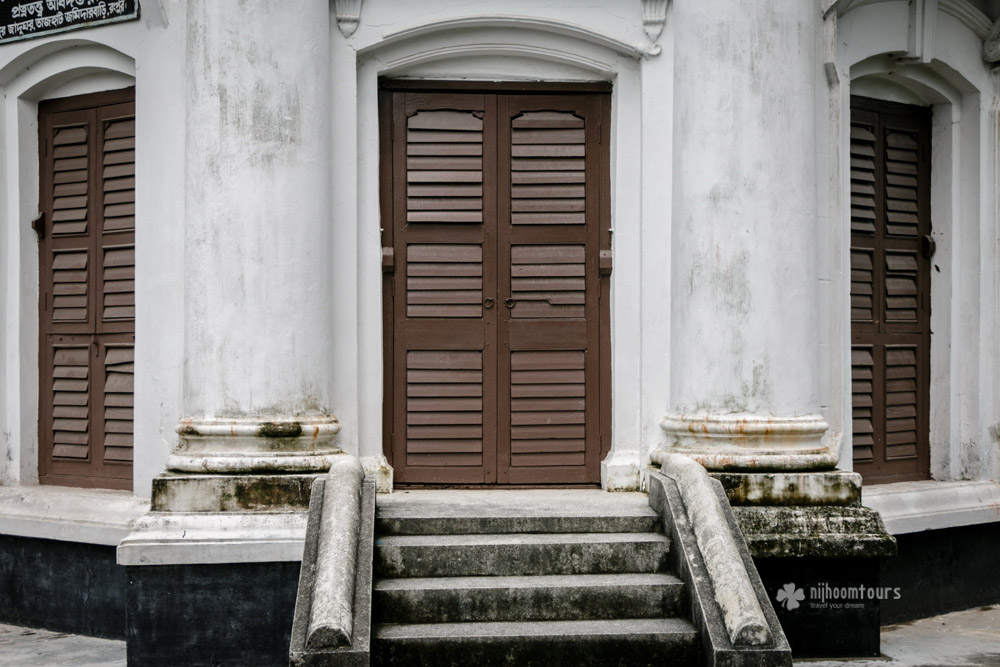 The museum inside Tajhat Palace

From 1984 to 1991 the palace was used as a Rangpur High Court Branch of the Supreme Court of Bangladesh. In 1995 the palace was declared as a protected monument by the Department of Archaeology.

Recognizing its outstanding architectural value, the Government of Bangladesh shifted the Rangpur Museum to the second floor of Tajhat Palace in 2005. The main room at the top of the marble stairs has a number of display cases that show 10th-11th-century terracotta artifacts. In the 2nd and 3rd floor of the building, there are private materials of Maharaja Gopal.

There are a number of fine examples of Sanskrit and Arabic manuscripts, including copies of the Mahabharat, Ramayan, and a Quran whose provenance is attributed to none other than the Mughal Aurangzeb. The back rooms have several examples of black stone Hindu carvings in its back rooms, mainly of the deity Vishnu. Photography is not permitted in the museum itself.

How to go Tajhat Palace

Take a train and bus from anywhere to Rangpur city, and jump on an auto-rickshaw to go to Tajhat Palace. It is located just 3 km outside the city.

Have you ever visited Tajhat Palace? How amazing have you found it? Share your thoughts and experience with us in the comments.