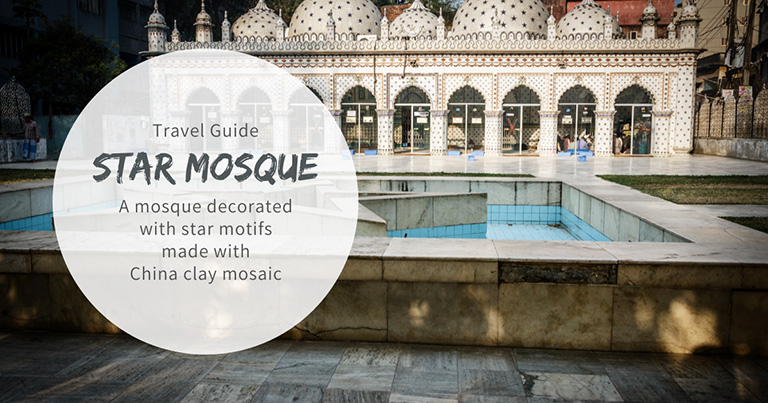 Star Mosque is located at Armanitola in Old Dhaka, about 350m north of the Armenian Church. It is one of the most famous tourist attractions in Old Dhaka. The mosque, both inside and outside, is decorated with mosaic.

The outer wall between the doors is decorated with the motif of Mount Fuji on glazed tiles and a crescent-and-star design decorates the upper part of the facade. Hundreds of blue stars have been created on the domes of white marble. All over the mosque, the motif of stars dominate the decoration and so the mosque is called the Star Mosque (Tara Masjid in Bengali). 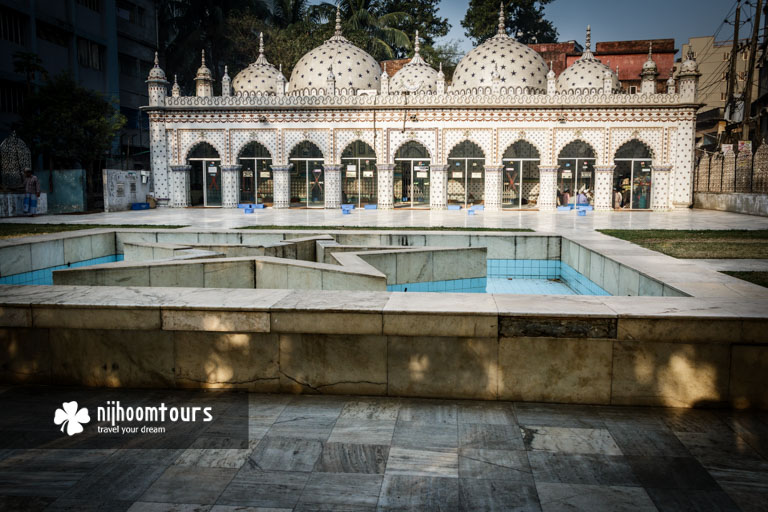 The mosque is not dated by any inscription. It is known that one Mirza Golam Pir, whose ancestors had come to Dhaka and settled in Mohalla Ale Abu Sayeed (present-day Armanitola), erected it. Mirza Golam Pir died in 1860, and hence the date of construction of the mosque may conveniently be placed in the first half of the 19th century.

It was originally built in the typical Mughal style, with four corner towers. In 1926 a local businessman financed its redecoration with Japanese and English China-tiles, and the addition of a new veranda, almost doubling the width of the mosque without changing its original plan. Five arches were erected on four pillars on the eastern facade of the verandah. There is also a large star-shaped fountain and water reservoir for the pre-prayer ritual ablution of the Muslims. A courtyard and a star-shaped fountain were built at that time on the eastern side of the mosque. These additional structures were paved with marbles of the same quality used in building the mosque. In 1987 the three-domed mosque was transformed into a five-domed mosque.

Tara Mosque is one of the few pieces of architecture in this sub-continent which has such elaborate special type of china clay mosaic works, traditionally called Chini Tikri. Currently, this art and its specialist artisans have gone extinct from the country. The mosque is still in use for regular and special prayers. 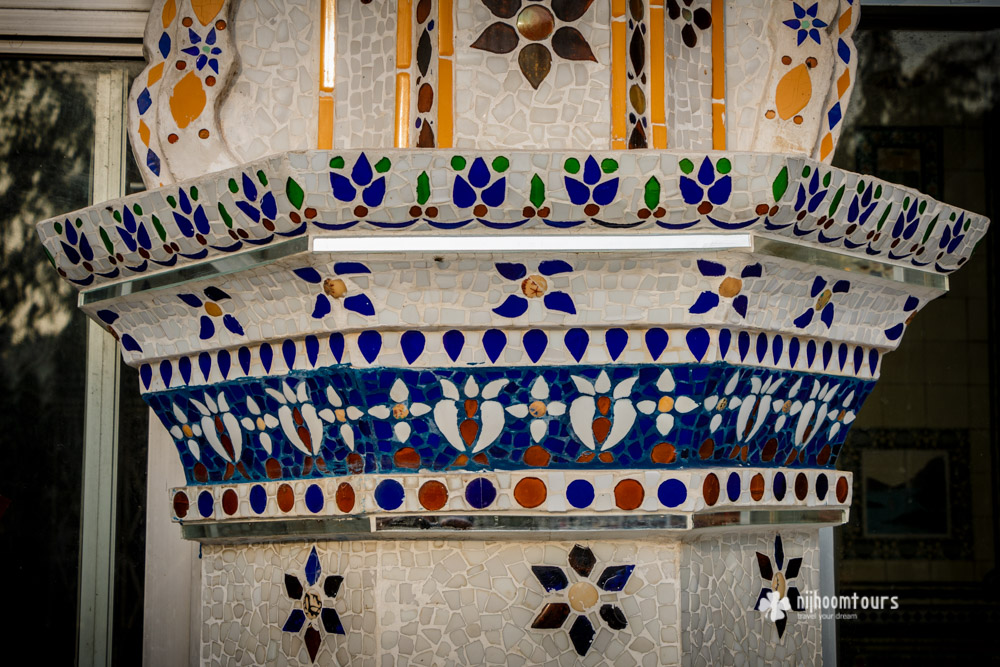 Non-Muslims are normally welcome outside of prayer time, but you should dress appropriately and women should bring something with which to cover their hair. The mosque is normally closed outside prayer time, but the caretaker of the mosque will open it for you to visit any time if you ask.

Do not go to visit the mosque during prayer times. For ladies, covering the head is necessary to enter the mosque. Also, need to wear modest clothes. Entering the mosque wearing shorts will not be possible for both men and women.

Have you ever visited Star Mosque (Tara Masjid)? Share your experience with us in the comments!

Check out our Old Dhaka Tour to visit the key attractions of New and Old Dhaka, including Star Mosque (Tara Masjid). The full-day tour starts from $70* US with an air-conditioned car, English-speaking guide, all entrance tickets, lunch at a local restaurant with authentic local food, a rickshaw, and a boat ride.